I get it. You're a senior, and back in your day, you didn't have special hybrid clubs making it easier to hit. So, why do you need them now? Welp, maybe you don't but if you're curious, keep reading...

Many seniors have been playing golf since long before hybrids were even invented, so naturally, they are skeptical of the new clubs. After playing with them once or twice though, what usually happens is,  they fall in love with these clubs and never look back to using long irons, or irons altogether. Today, i’m going to list and then review the best hybrid golf clubs for seniors. There isn’t much clarity about this topic and lots of senior golfers are in dire need of advice, which i’m going to attempt to give. Before going into reviewing my favorite hybrid golf sets, i’m going to say few words about hybrids in general. You can skip to comparison of seniors’ hybrid golf club sets if you want to.

What are advantages of using hybrids?

Hybrids, by mixing best features of woods and irons alike, are better than both of these types of clubs in some ways. It should be noted that not even hybrid clubs’ most passionate fans advocate that they are intended to replace woods or irons. Instead, it is commonly agreed among golfers that using these three types of clubs in tandem can bring you the best results in golf. That’s why most iron sets include at least two hybrids and three irons. Most of the golf club sets that i decided to review for this guide are a bit different though. They are comprised entirely of hybrids. These clubs can definitely be used instead of both – woods and irons – and some people do so without sacrificing any results. The debate about hybrids and whether they really are that much better than woods and irons is still ongoing. I personally fall somewhere in the middle.

So, in what ways are hybrids better than irons and woods?

First of all, hybrids are much easier to hit than notoriously complicated long irons. That makes it perfect alternative for long irons, especially if you’re a beginner. So if you’re a senior and just starting to get into golf, hybrids will be a good match for you.

Last, but definitely not the least important feature of hybrids is their versatility. Most professionals carry at least one hybrid with them just for this reason. It’s also why hybrids are sometimes called rescue or utility clubs. They can be used to get yourself out of every tough spot on the golf course and for that alone, hybrids are worth having in the golf bag.

The large club head of hybrid clubs also allows for more improvisation in making these clubs game-improvement and more forgiving. I think the biggest plus of having larger head is possibility for larger sweet spot, which makes golfer’s life so much easier, especially if he or she is a beginner. Smaller heads of irons leave little wiggle room for performance-enhancing design tricks, but hybrids have that luxury and that’s one of the reasons for why people like them.

In this tutorial, i will focus on reviewing best hybrid golf clubs for senior men, but if you’re a woman, all hope is not lost. These men’s sets usually have alternative versions for women, which are pretty similar to them when it comes to design, quality and other details. They are of course different in ways that men’s and women’s golf clubs should be different.

The brand itself isn’t super famous neither does it have decades of legacy, but i think high ratings and positive feedback by customers is enough of a proof for quality of these clubs. Shafts on clubs of this set are senior flex and obviously made of graphite. Grips are also outstanding. One thing that stands out with All-hybrid Majek set is its price. For a set that includes 8 clubs, it is very cheap and automatically, great bargain. One obvious assumption you can make based on low price is that quality of these clubs is just as low, but you would be wrong in assuming that. While the quality of these clubs certainly can’t compare to the ones that cost hundreds of dollars each, they are still good enough to perform almost as well on the golf course. It is great option for seniors who are casual golfers and are looking for great bargain. Not-so-great for golfers with professional aspirations.

It is one of my favorite iron/hybrid combo sets on the market right now. Some people might be disappointed that this set includes irons as well, but i’ve already expressed my opinion that the best results are achieved by using both irons and hybrids (along with other types of clubs, of course). If you’re a casual senior golfer and want to play recreationally, all-hybrid set is fine for you, but once you get a little more ambitious, you need a well-crafted, high end set like this one to achieve your goals. Speed pocket and Speed bridge technologies both feature in clubs of this set, increasing your distance and overall performance. You have option to choose graphite shaft with senior flex, just as you’d expect from excellent set made by one of the best golf brands.

Unlike the other two items on this list, this is individual golf club, not a set. With that being said, it might have just as much positive impact on your overall game as any set. You have some options when it comes to customizing golf club for your needs, including an opportunity to choose senior flex shaft. First thing that catches my eye with this club is its gorgeous style. This one is not conventional golf club and i like to consider it sort of experiment by TaylorMade, but so far, it seems to be outstanding piece of equipment. When it comes to hitting straight, i don’t think there is better iron/hybrid for seniors than this one. It’s superb design and club head shape almost gets the job done for you. Although it is expensive for one club, extreme forgiveness and overall quality of this set doesn’t come without a cost.

What is The Best Golf Driver for Seniors? – [How to Choose]

Are you a member of the brilliant senior community and looking to find a great new driver? Great! That means our hard work won’t go to waste! We put together the ultimate guide below on how to find the best golf driver for seniors! 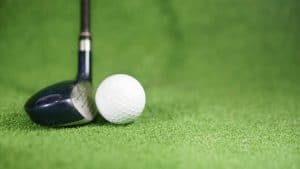 As a beginner, it’s important to take every single advantage you can. Golf can be a frustrating (and expensive) sport, and finding a good set of hybrid clubs can make a big difference. Keep reading to discover what we found to be the best hybrid golf sets for 2021.

How to choose Best Rescue Club

Thanks to the extra forgiveness on offer and a more confidence-inspiring head
A rescue is often more appealing than a long iron. Whether you are looking for a backup driver or ditching a long iron, this list of new fairway rescues that we have compiled, has the answers.